The Driver’s Ultimate Challenge:  Letting Go of Your Cell Phone 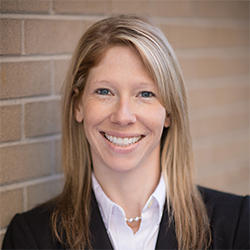 Just try it.  Get into your car, start it and just drive.  The only caveat…do not touch your cell phone, not even once, until you have reached your destination and you have safely parked your car.  At what point in your drive do you break into a cold sweat? You look at it. Did I just hear the “ping” of a text message? Did I just get an e-mail?  I cannot wait. The ultimate challenge, do not check that phone at a stop light. That is the true test. I am asking myself when my cell phone became an appendage.  Why do I get anxious when I cannot check it? The one time when I need my eyes totally focused on something other than my phone…is when I am driving. I am guilty of it.  We all do it. Every time I drive I remind myself of what I do for a living and if I touch my phone I am contributing to what has literally become a very dangerous epidemic.

The law in Colorado for drivers under the age of eighteen says:

C.R.S. §42-4-239 Misuse of Wireless Telephone.  (2) A person under eighteen years of age shall not use a wireless telephone while operating a motor vehicle.

The law in Colorado for drivers over the age of eighteen says:

C.R.S. §42-4-239 Misuse of Wireless Telephone.  (3) A person shall not use a wireless telephone for the purpose of engaging in text messaging or other similar forms of manual data entry or transmission while operating a motor vehicle.

Colorado has spoken and said for those drivers under eighteen, hands off of your cell phones.  No talking or texting while driving. For the rest of us, those over the age of eighteen, no texting, e-mailing or any form of manual data entry on your phone while driving – talking but no touching.  If you are caught violating C.R.S. §42-4-239(2) or (3), there are potential consequences for your driver’s license.

A violation of a Colorado traffic law may mean points against your driving record, penalties, fines and most definitely an increase in your automobile insurance.  But the consequences of cell phone use while driving is much worse.

How many times have you been driving on the interstate and seen a vehicle swerving?  Then you pull up beside the vehicle and the driver is texting. Research shows that the use of a cell phone while driving is by itself, as dangerous as drunk driving. Cell phone use or texting has the equivalent effect of driving under the influence with a blood alcohol content of “0.08″, which is the legal limit for the charge of driving under the influence (“DUI”) in Colorado.

Another study found that drivers engaged in in-vehicle conversations or attempting to perform in-vehicle tasks such as trying to make or respond to cell phone texts or calls were found more impaired than drivers not involved in any such distraction task.  This same study found that cell phone distractions were generally more impairing than intoxication at the legal limit.

Colorado has invested in its own research.  The Colorado State Patrol has conducted its own research which concludes talking on a cell phone is so dangerous, it comprises a substantial part of the second highest causal factor in auto crashes generally, and the highest causing auto crash related -injuries and death in Colorado.

If injuring or killing yourself or others is not enough incentive to put down your phone when driving, then let me talk about hitting where it really hurts…your pocket book.

When I mention your pocket book, I am not talking about the increase in your automobile insurance – which is a certainty.  I am talking about civil consequences and being personally responsible for a punitive damages award.

I represent those who have been injured in car crashes and I represent those who have lost loved ones in car crashes.  Many times, the driver that caused the car crash was a distracted driver. If I file a lawsuit against the distracted driver I am allowed to ask the court and will most likely get, to add a claim for punitive damages against the distracted driver.  Punitive or exemplary damages are intended to punish a defendant and deter future conduct. The Colorado legislature has said that punitive damages are recoverable in a personal injury action where the injury complained of was “attended by circumstances of fraud, malice, or willful and wanton conduct[.]” They defined “willful and wanton conduct” as “conduct purposefully committed which the actor must have realized was done heedlessly and recklessly without regard to consequences or the rights of the plaintiff.”  My favorite definition and one that is less legalese and more to the point is a “conscious disregard of known risk.”  Using your cell phone while driving is a choice and it is a choice you have made despite knowing the risks, especially if you have read this article.  Colorado courts have repeatedly allowed plaintiffs in personal injury lawsuits to add a claim for punitive damages against a distracted driver. Consider yourself warned.

Do I have your attention yet?  Admittedly, it is a daily struggle to convince myself that the text message or e-mail can wait until I have stopped driving.  We are all one text message away from injuring or killing ourselves or someone else when we are distracted drivers. Bottom line – put your phone down.  Your pocket book will thank you and most importantly, so will others on the road.